Daniel Connor Jr. was born on December 1, 1919 to Albert and Virginia Connor of Pavilion, New York. He had four siblings.

Daniel graduated from Pavilion High School in 1939. In 1940, he moved in with his brother C. Maurice, who lived in Tredyffrin-Easttown, Pennsylvania.. Daniel found employment with the America Non-Gran Bronze Corporation in Berwyn.  The company was named because they made bronze bearings to government specifications with nongranular qualities. The company made bearings that were used in Charles Lindbergh’s Spirit of St. Louis, for his historic flight across the Atlantic in 1927.

Daniel was shipped overseas to England in September, 1943 and assigned to the 579th Bomb Squadron, 392nd Bomb Group which flew from Manston, England. Daniel was the radio operator/gunner in flying in B-24 Liberator Bombers. He was promoted to Technical Sergeant and awarded the Air Medal in January, 1944. 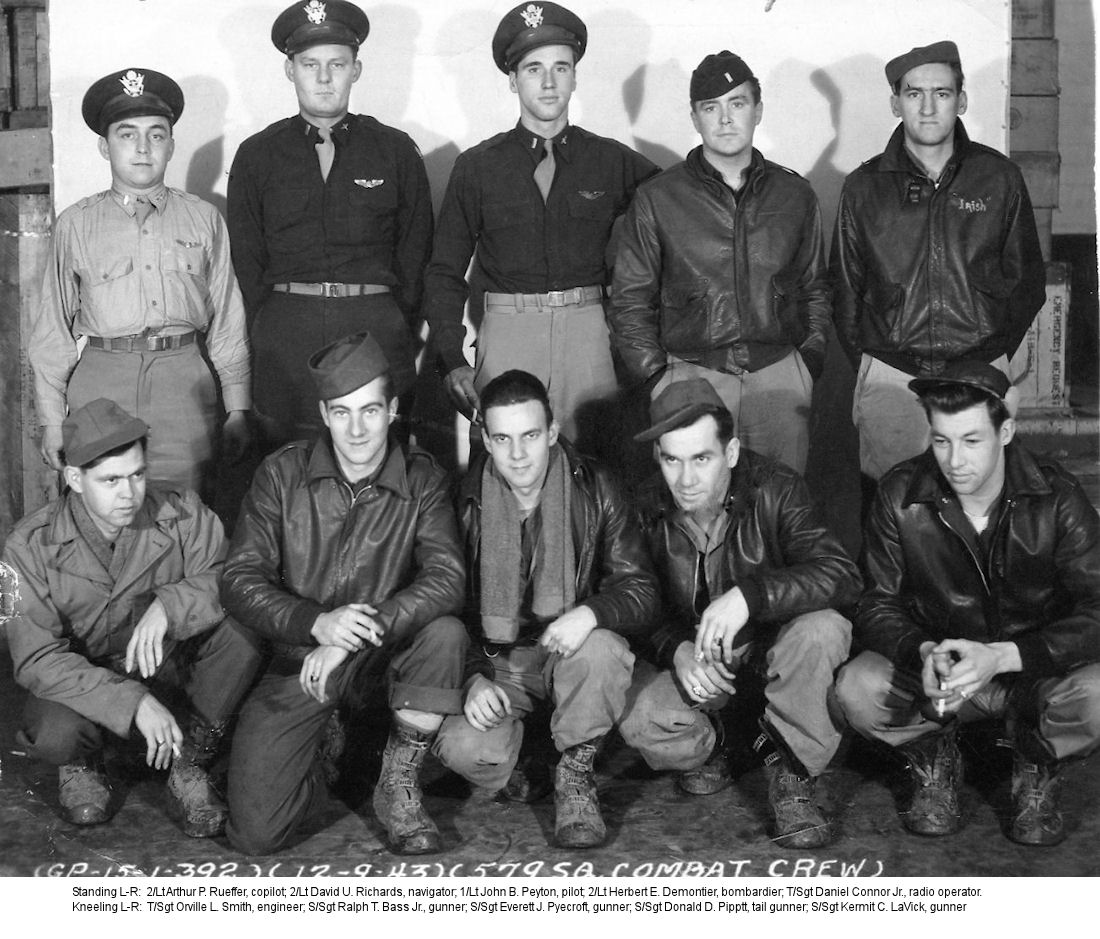 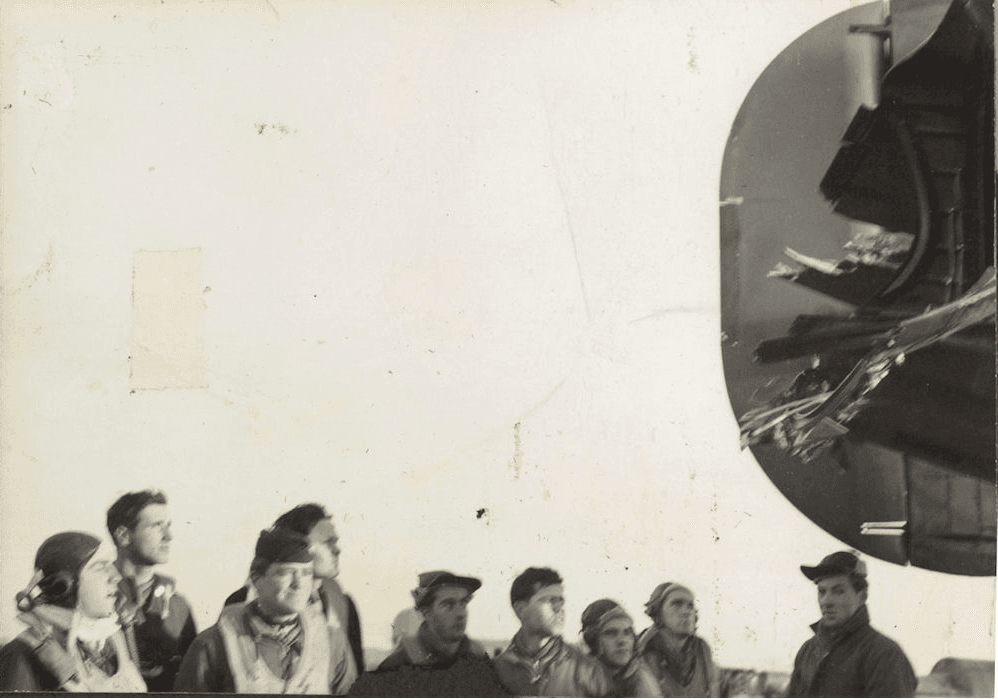 Technical Sergeant Daniel Connor Jr. was Killed In Action on February 20, 1944 in England. His aircraft, serial number 42-7529, nicknamed “Coral Princess”, was on their 20th mission, and one of 36 aircraft on a mission to bomb Helmstedt, Germany. The entire 8th Airforce staged a massive effort to bomb key targets in the enemy country that day.

Daniel’s aircraft was heavily damaged by German FW-190’s and ME-109 Fighters. His aircraft limped back to England and tried an emergency landing at Manstan, but it exploded in mid air. There were no survivors, and only four crew members bodies were recovered.

A stone was placed as a memorial at St. Mary’s Cemetery in Pravilion, New York.