Benjamin E. Crowell Jr. was born on June 27, 1919 to Benjamin and Leila Crowell in Media, Pennsylsyania. The family later moved to Avondale.

Benjamin E. Crowell, Jr. graduated in 1936 from Avon Grove High School. He was one of three siblings.

Benjamin joined the Army Air Corps and earned his wings in Lubbock, Texas, and was commissioned as a 2nd Lieutenant. He flew bombers on anti-submarine patrols in the Mediterranean Sea while based in northwest Africa. He was promoted to 1st Lieutenant and received the Air Medal with Oak Leaf Cluster for this service.

Benjamin returned home on leave in December, 1943 after completing his tour. He was then sent to the Pacific Theater of Operations where he flew a B-29 Superfortress, considerably larger and longer ranged than the B-17’s and B-24’s.

Benjamin was assigned to the 971st Bomber Squadron, of the 497th Bomber Group (Very Heavy), in the 73rd Bombardment Wing, stationed on Guam in the Marianas.

First Lieutenant Benjamin E. Crowell, Jr., was killed in action on a B-29 mission over Tokyo on January 9, 1945 on his 6th mission. His body has never been recovered.

Benjamin is remembered on the Tablets of the Missing in Action at the Honolulu Memorial Cemetery in Hawaii. 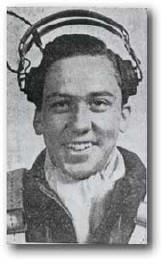