Raymond H. Dampman was born on December 12, 1912 to Ramonus and Dora Dampman in Philadelphia. The family later moved to Warwick Township, Chester County. He was the oldest of three children.

Raymond graduated form Warwick high school in 1931. After graduation he worked in construction.

Raymond was inducted into the Army Air Corps on March 12, 1942. He received training in Mississippi, Nevada, and South Carolina. After training, Raymond was assigned to serve with the 75th Bomber Squadron, 42nd Bomber Group, Medium - part of what was known as the Jungle Air Force. Raymond was promoted to the rank of Staff Sergeant and became a Flight Engineer on a B-25 Mitchell Bomber.

Raymond’s squadron was shipped overseas to the Pacific Theater of Operations in August, 1943. They were based on Guadalcanal and flew missions against the remaining Japanese-held islands in the Solomons to neutralize enemy airfields and harbor facilities. 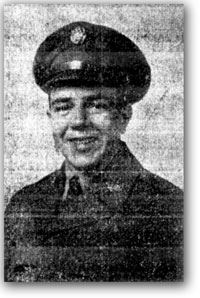 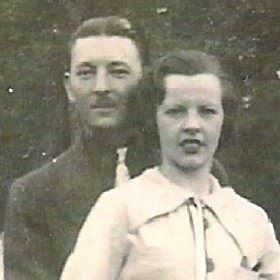 On a mission to attack Rabaul, the most heavily defended enemy held base, Raymond’s aircraft went down. His family received a telegram in February stating that their son was Missing In Action on a mission over enemy territory. Two years later, as was the governments policy, his status was changed to Killed In Action. His body was never recovered. Staff Sergeant Raymond H. Dampman, 33, was Killed In Action on January 22, 1944. He was awarded the Air Medal and Purple Heart. He is remembered on the Tablets of the Missing in Action at the Manila American Cemetery in the Philippines. Raymond's brothers also served in the Army during World War II.