Joseph Clayton Davis was born on February 24, 1921 to Amos and Lillian Davis from Sulphur Springs, Virginia. Joseph was the oldest of six children. Joseph left high school after  years.He moved to Coatesville and found employment at the Philadelphia Range and Boiler Company.

Private Joseph Clayton Davis was Killed In Action on September 12, 1944 in Italy. Joseph was buried at a local military cemetery. In 1948, his body was returned for burial in his home country at Dalton Hill cemetery near Hillsville, Virginia with full military honors. Joseph was married and had a son, Clayton, Jr. 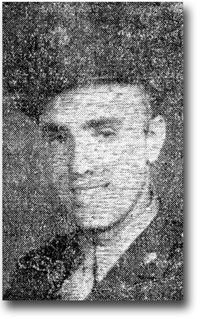 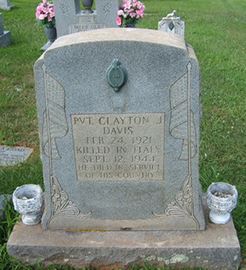