Paul Entrekin was born on January 6, 1925 to Samuel and Ethel Entrekin who lived in Downingtown, Pennsylvania. Paul was the younger of two children. His father was a merchant at a grocery store.

Paul entered the service in the Army on June 15, 1943 and was assigned to the 82nd Infantry Regiment, 23rd (Americal) Division. The 23rd participated in the attack on Bougainville as well as the invasion of Leyte Island.

Private First Class Paul Everett Entrekin was Killed In Action March 11, 1945 at Leyte Island, Philippines. He was returned home for burial on September 2, 1948. 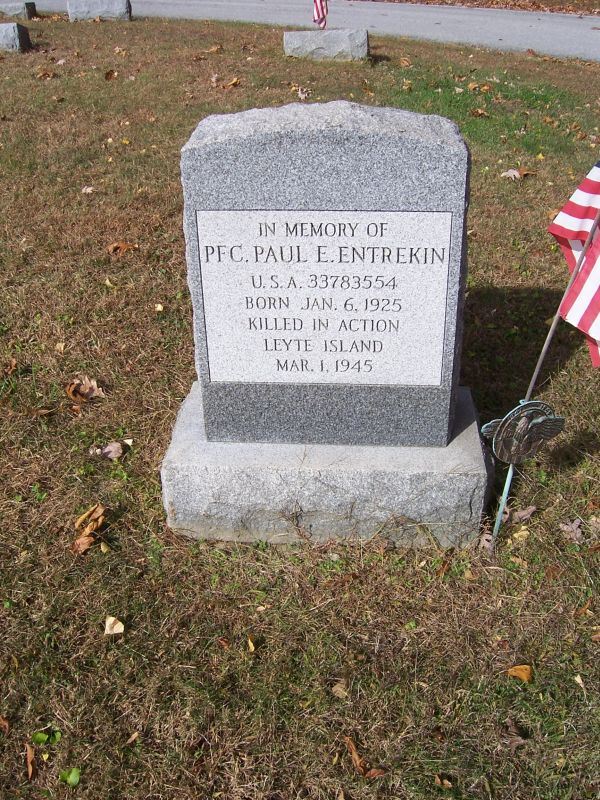