Walter L. Ford was born April 22 1920 and lived in Rock Run (Coatesville), Pennsylvania. Walter was one of nine children. Walter graduated from Coatesville High School in 1940. He obtained employment at the Downingtown Manufacturing Company.

Walter was inducted into the Army on October 16, 1942. He was sent to Camp Shelby, Mississippi for basic training, then to Pilot Knob California for Desert Training. Walter was sent overseas to North Africa in January, 1943, serving with Artillery of the 85th Infantry Division (Custer Division) of the Fifth Army.

After the defeat of the Germans in Africa, Walter’s division was sent to Italy. There he received a citation for bravery.  “…Exposed to small arms and artillery fire, Ford maintained his compound as OP (Observation Post) and Battalion Switchboard.”

Technician Fifth Walter Ford was reported Killed In Action in Italy on October 23, 1944. He received the Purple Heart and was previously awarded the Bronze Star with the Oak Leaf Cluster for meritorious service. Walter is buried at the Fairview Cemetery in Coatesville. 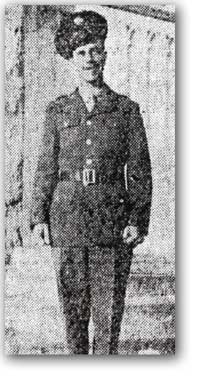