Chester F. Harple was born on October 19, 1924, in Downingtown, PennsylvaniaAside from his parents, Chester was a graduate of Downingtown High School and was a backfield star on the football team during the 1941-42 seasons. He also participated in track and baseball athletics. Chester was better known as “Chet”. He was engaged to marry Rachel Reber, of Glen Moore, PA.

Chet was inducted into the Army on March 6, 1944. He trained in Florida and went overseas on August 8, 1944. He observed his 20th birthday in Holland, and fought in France and Belgium prior to the campaign in Holland. Pvt. Harple was a member of the 48th Infantry Battalion, 7th Armored Division. Up until his last letter on Oct. 22, 1944, he had written regularly to his family of his army experiences. Chet was reported missing in November, 1944, but his parents received a later War Department telegram that he had been killed in action in Holland on October 24, 1944.

Pvt. Chester F. Harple was buried overseas in the Henri-Chapelle American Cemetery in Henri-Chapelle, Belgium. This hero’s grave site location is identified as Plot E, Row 5, Grave 65. This Cemetery and Memorial covers 57 acres and rests 7,989 American military dead. The Cemetery possesses great military historic significance as it accommodated the fallen Americans of two major efforts - one is the U.S. Army’s drive in September, 1944 through northern France, Belgium, Holland, and Luxembourg into Germany - and the second covering the Battle of the Bulge. 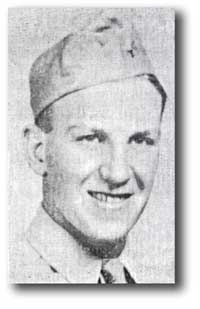