James J. Kalavik was born in March 22, 1915 to Steven and Rose Kalavik who lived in Phoenixville, Pennsylvania. He was one of eight children.

James enlisted in the Army on September 16, 1941, and received training in Georgia. After training he was assigned to serve in the 106th Infantry Regiment, 27th Infantry Division, then training in California.

James’s division shipped out to the Pacific Theater of Operations in February 1942, arriving in Hawaii. The division then captured Makin Atoll in the Gilbert Islands in November, and Enwetok in the Marshall Islands in February, 1944.

On June, the 27th Infantry Division assaulted Saipan in the Marianas. 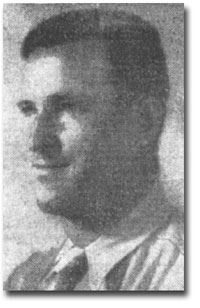 Private First Class James J. Kalavik was Killed In Action on June 24, 1944 on Saipan. His mother received the telegram on July 29, 1944.James was buried at the Honolulu National Memorial Cemetery in Hawaii with full military honors. He was awarded the Bronze Star and Purple Heart. His brother Edward also served during the war.