Donald Massey Kellon was born in 1922 to Massey and Ethel Kellon who lived in Coatesville. Donald was the second of four children. Donald graduated from Scott High School with the class of 1939. After graduation Donald married Audrey Bonsall. 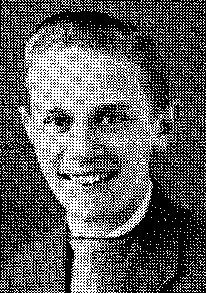 On November 28, 1944, Staff Sergeant Donald M. Kellon was Killed In Action over the Philippines. During a ceremony at Coatesville City Hall on May 11, 1945, Donald’s wife, Audrey, received her husbands Distinguished Flying Cross presented by Major Beauregard. Coatesville Mayor Richard Scully, Edward Schmitt secretary of the Chamber of Commerce, J. I. Hoffman executive secretary of the YMCA, and members of the American Legion also participated. According to the Coatesville Record, the citation explains the circumstances of her husband’s death:

"Kellon met his death in action in the Philippines while serving as an aerial gunner last November 28, explaining that one flight of escorting fighters failed to reach the target of three enemy destroyers and two transports and the other flight was intercepted, so the bomber attacked alone. In the face of heavy anti-aircraft fire, and with only two of its fixed guns operating, the bomber made a strafing run on the target, and a this time was hit in the bomb bay and set afire, but not before it had set fire to an enemy destroyer and further damaged it. In attempting to make a crash landing, all three of the crew members were killed. In conclusion, the citation stated that “his outstanding courage and devotion to duty are worth of the highest commendation.”

Besides the Distinguished Flying Cross, Donald also received the Air Medal with Oak Leaf Cluster, Purple Heart. Donald is remembered on the Tablet of the Missing at the Manila American Cemetery in the Philippines.  Donald's son, Dennis, was born while he was overseas and was 8 months old at the time of Donald's death. He never had the chance to meet his son.