William James Latimer Jr. was born on January 21, 1908 in the District of Columbia. No information could be found of his early life or family, but he apparently he later moved to Paoli, Pennsylvania.

William entered the military academy at West Point on July 18, 1925, graduating in 1929. The West Point Yearbook records of William:

Bill is the type of man that swims through the flood, races before the forest fire and eventually rescues the heroine in the movie. Curly hair and blue eyes give high lights to the picture, and countermine the fortifications of feminine conceit.

The foundations to Bill’s temper were place on bed rock. No calamity or flood of duties can change his dignified manner, but moments of fun soon show us that he is still much of a boy after all. He admits that Blackstone’s maxims are written in Greek but still he refuses to swear when weekly grads from the Law Department do their worst.

Bill combines the qualities of a soldier and athlete and a gentleman. May his future contain every merited success that fortune may bring his way. 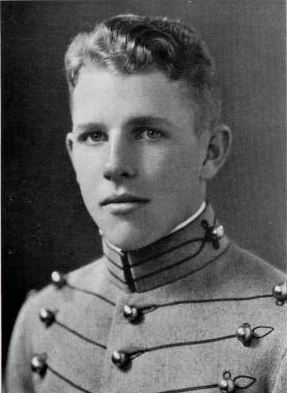 In 1932 he married Mary Elizabeth Perot of Chestnut Hill. William received intensive training with the Army’s Department of Ordinance. He was assigned to the 5th Service Command in Manila, Philippines. During a Japanese Air attack on the freight yards at Lubau, Luzon, on December 21, 1941, William detached eight burning freight cars loaded with ammunition effectively saving the ammunition. On January 19th he was assigned to the last minute task of hiding ammunition and securing from attack on Manila. Major Latimer was captured when Bataan fell after months of furious defense on April 9th. Then began the notorious Bataan Death March, a 60 mile forced march of 60,000 to 80,000 Filipino and American prisoners. Any prisoners who hesitated, paused or stumbled were instantly and violently killed. Hero Corbett Marks was also one of the prisoners.  Major William James Latimer Jr, Died Non Battle on January 23, 1945. He possibly died while being transported to Japan on an unmarked POW “Hell Ship" sunk by the allies. He is honored on the Tablets of the Missing at the Manila American Cemetery Fort Bonifacio, Manila, Philippines. The Silver Star and Legion of Merit were awarded posthumously in 1946. The medals were presented to his son, William on November 14th by Brig General Edward E. MacMorland, Commanding General of the Frankford Arsenal.

William was interred at POW Camp 2 on Davao, Mindanao, Philippines.