Norris Edison McGirk was born on January 5, 1916 to Harvey and Jesleslie ‘Polly’ McGirk who lived in Modena, Chester County. Norris was one of four children.

After graduating from Downingtown High School, Norris worked at a grocery manufacturing company.

Norris entered service the Army on February 4, 1942 and was assigned to L Company, 16th Infantry Regiment, 1st Division. The 16th Infantry was assigned to fight in North Africa and Sicily. After some success, they were brought back to England to begin intensive training for the upcoming Normandy Landings.

Private First Class Norris Edison McGirk died non-battle on March 11, 1944 off the coast of England. It was later discovered that he actually died as a result of injuries.

Norris was brought home for burial in December, 1948. He was buried with full military honors at Hopewell Cemetery. 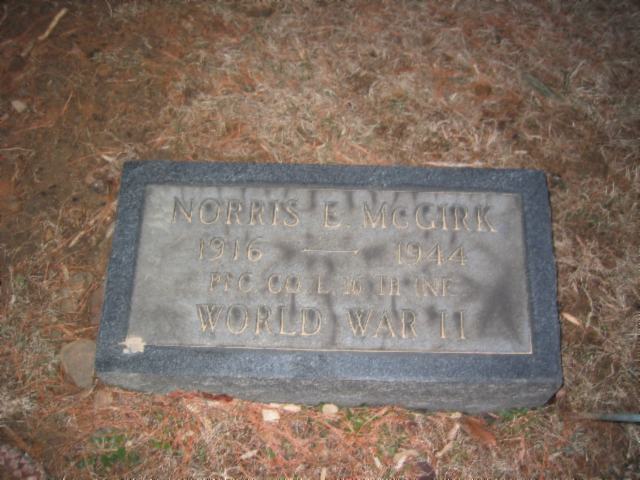