Charles J. O’Brien was born on May 5, 1915 to Charles and Elizabeth O’Brien who lived in Phoenixville, Pennsylvania. He was the youngest of three children. His father passed away early in Charles’ life.

“Charlie” is in the runt class, also. He is another popular fellow with both sexes. “Charlie” intends to go into Civil Service upon graduating from School.

Charles attended the Wharton School of Business in Philadelphia. He then found employment at the West Chester Public Service Office.

Charles was a member of St. Ann’s church and a member of the Phoenixville Council, Knights of Columbus.

Charles enlisted in the 103rd Engineers, a National Guard unit based in Philadelphia. He later enlisted in the Army Air Corps. He received basic training at Waco, Texas, then was assigned to serve with the 103rd Observation Squadron based in Harrisburg. He applied for and received training as an aviation cadet. Charles received primary training at Coleman and Kelly Field, Texas. He also trained at the Air Corps Technical School in Fort Logan, Colorado. and Lake Charles, Louisiana for single-engine-advanced school. After completion of training, Charles earned his “wings” as an Army Air Corps pilot, and was promoted to the rank of Lieutenant. His mother attended the graduation exercises. After training, he was attached to the Ferrying Division of the Army Air Transport Command. 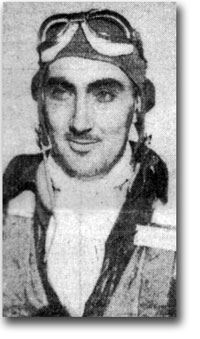 On May 25, 1943, Charles was the co-pilot of a medium which went down in the San Pablo Bay, California, about three miles from Hamilton Field. Four crew members were on board, but Charles was the only one who was found.  Lieutenant Charles J. O’Brien Jr. was classified as "died non battle". Charles mother, Elizabeth, received the telegram the next day. The telegram read: "It is my sad duty to inform you of the death of your son, Second Lieutenant Charles J. O’Brien on May 25, near Hamilton Field, California. The sympathy of the entire personnel of his command is extended to you in the bereavement of your son". In May, 1944, the Knights of Columbus held a ceremony in honor of Charles. His mother, Elizabeth, was given the first ‘gold star’ as mother of the first Knight of Columbus from their lodge for giving his life during World War II. His mother was a registered nurse at Valley Forge Hospital.