Sometime in early 1940s John moved to Coatesville, and worked at Lukens Steel.

John entered service in the Army on September 13, 1943. He received training at Camp Dorn, Mississippi. He was assigned to the 254th Infantry Regiment,  63rd Infantry Division. 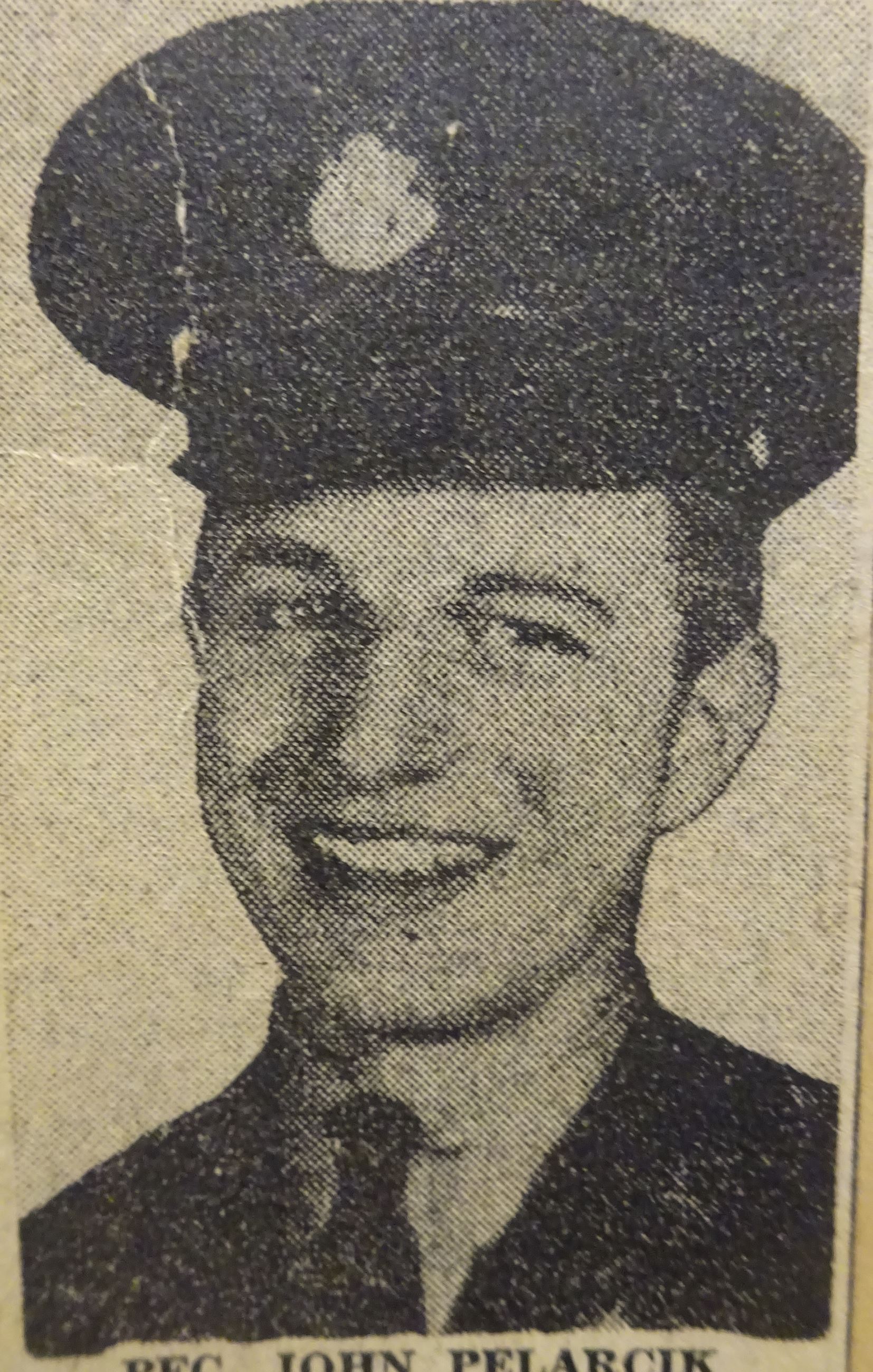 Three regiments of the 63rd Division arrived in Marseille, France, 8 December 1944, trained at Haguenau and, under the designation Task Force Harris, protected the east flank of the Seventh Army along the Rhine River. The task force fought defensively from 22 to 30 December 1944. On 30 December 44, while the 253d Inf Regt was attached to the 44th Inf Div and the 255th Inf Regt was attached to the 100th Inf Div, the 254th Inf Regt was moved to the Colmar area of France where it was attached to the 3d Inf Div which was at the time a part of the First French Army. The infantry regiments remained with their attachments until early February 1945. The rest of the division arrived at Marseilles, 14 January 1945, and moved to Willerwald on 2 February, where it was joined by the advance elements on 6 February. On 7 February, the 63rd conducted local raids and patrols, then pushed forward, crossing the Saar River.

Private First Class John Joseph Pelarick was wounded on January 29, 1945 and died of his wounds a few weeks later on February 8th in a hospital in Epinal, France. He was originally buried in France at an American cemetery, but after the war, he was brought home for reburial at Saint Cecilia’s Cemetery.

John was surivved by his wife, Margaret, and his young children, Patricia and John.