Frank Pinter was born on December 2, 1915 to Alexander and Teresa Pinter who lived in Phoenixville, Pennsylvania. Frank was one of seven children. His parents immigrated from Hungry. His father worked as a laborer at Phoenixville Steel Company. Frank married Margaret Luchoez of Pottstown in February, 1942.

Frank married Margaret Luchoez of Pottstown in February 1942, and one month later entered the Army. He received training in Georgia and California, and was sent overseas to the Pacific Theater to Hawaii. He assigned to Company A, of the 35th “Cacti” Infantry Regiment of the 25th Infantry “Tropic Lightning” Division, the same regiment in which heroes John Toth and Joseph Mraz served.

The 25th division was shipped to Guadalcanal in January, 1943 to relieve the 1st Marine division.  After the Japanese gave up and evacuated Guadalcanal in the summer of 1943, Frank’s division made plans to move up the Solomon Islands, capturing key islands in the chain. They mounted an amphibious assault on Vella Lavella in the northern Solomons on August 15th. 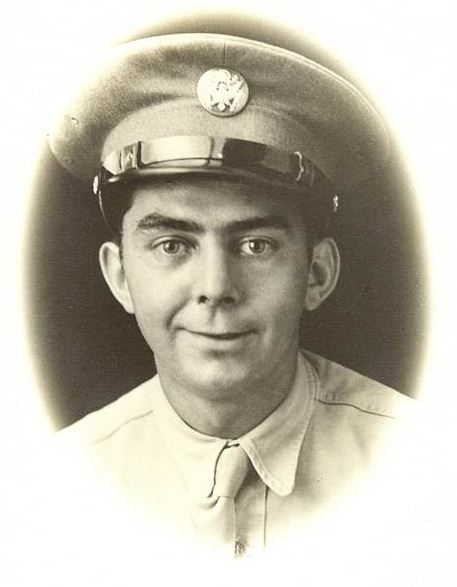 
In early November,  Margaret received a letter from Major General J. A. Ulio of Washington D.C, stating that Frank was killed In action aboard ship on August 16th. The ship was transporting his unit up the “slot” (passageway up the middle of the Solomon Islands) somewhere between Vella Lavella and Florida Island. He was buried at sea at Latitude 9 degrees, 9 minutes south, longitude 139 degrees, 33 minutes east.  General Ulio, further expressed his regret for the conflicting reports. He further wrote:

The significance of his brave service in defense of his country at the time of our gravest crisis will be preserved and commemorated by a gratefully nation, and it is hoped that this thought may give you strength and courage in your sorrow.


Frank was awarded the Bronze Star and the Purple Heart, and is honored at the Manila American Cemetery, at Fort Bonifacio, Philippines on their tablets Missing in Action or Buried at sea.  His brother, Julius, was in the Marine Corps stationed in Australia.