Luther G. Snyder was born on August 2, 1923 to George and Emily Snyder. He was one of three children. Shortly after Luther was born, the family moved from Berks to Kenilworth, Chester County.

Luther graduated from North Coventry High School in 1943. Shortly after graduation, he enlisted in the Army Air Corps on July 15, 1943.

Luther served with the 720th Bomb Squadron, 450th Bomb Group, Fifteenth Air Force, flying B-24 Liberator Bombers. He received training everywhere from Florida to Texas to California before being sent overseas to the European Theater of Operations on January 6, 1945.

The American Air Museum in Briton records the following:

On April 9, 1945, a plane accidentally dropped its bombs on a B-24 bomber plane holding Sergeant Luther Snyder. The bomb hit the tail of the aircraft and although Luther parachuted out, he was seriously injured. He was taken to a German hospital where he succumbed to his injuries.

Luther was originally buried at an American cemetery in Mirandola, Italy but he was brought home after the war for burial in the US. 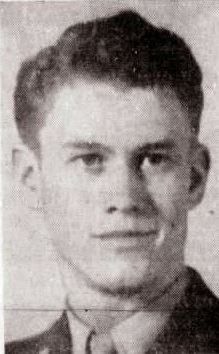 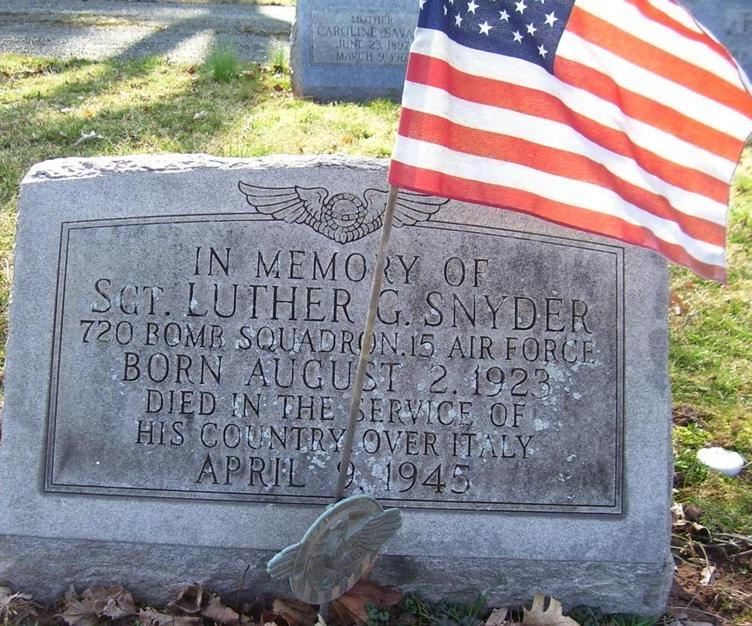