David Laurence Thomas was born on March 2, 1922 to Carl and Lillian Thomas, who lived in West Chester, Pennsylvania. He was one of seven children.

David was a birthright member of the High Street Friends Meeting in West Chester. He attended the private Westtown School. At Westtown, David was on the Dance Committee, an important committee, as dances  were first permitted at the school in 1938-39. He was also a member of the Senior Hiking Club and the Rustic Club, a popular agriculture club. David graduated from Westtown School in the Class of 1940.

David entered the Army Air Forces in February, 1943, receiving his commission as an officer and B-17 pilot at Waco Texas in April, 1943. David was then sent overseas to fly B-17 bombers in the 339th Bomber Squadron, 96th Bomber Group, Heavy, Eighth Air Force based in Snetterton Heath, England. 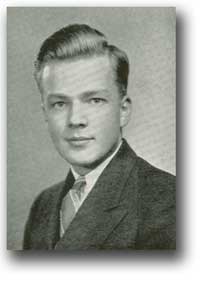 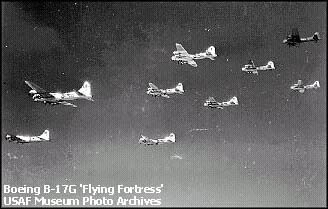 In March 1945 on a bombing mission over Germany near Leipsic, Lt. Thomas was flying in the lead B-17 in the tail gunner position. As the lead aircraft, the protocol was for the group commander to take the first seat and the pilot to take the second seat. The co-pilot would move to the tail gunner position to observe the group and talk to the other planes to keep them in formation. David's aircraft was hit by flak (ground anti-aircraft fire), which set the right wing on fire. The bomber went into a spin from 22,000 feet, and only two crewmembers (the engineer and a gunner) were able to bail out – both were captured and after the war recounted the story
Lieutenant David L. Thomas was killed in action on March 19, 1945. The two captured surviving crew members were taken the next day to the crash site and the Germans carefully and respectfully buried Lt. Thomas and the other seven crew members in a local church cemetery in Wormlage, Germany. David was later moved to the Ardennes American Cemetery in Neupre (Neuville-en-Condorz) Belgium in 1952. David was posthumously awarded the Distinguished Flying Cross with three Oak Leaf Clusters. The medals were presented to his parents by Colonel W. L. Ficken, Commanding Officer of the 859th Army Air Force Depot in Philadelphia. The citation reads:

For extraordinary achievement while serving as the formation controller of group plane formation on bombing missions against the enemy, Leut. Thomas demonstrated outstanding airmanship while serving at the formation controller on successful attacks against Augsburg, Berlin and Frankfurt, Germany on January 14th, February 3d, and February 7th, 1945, despite adverse weather and heavy and accurate flak.  The ingenuity, skill and devotion to duty displayed by Lieut. Thomas contributed a large degree to the success of these missions.

His actions always reflected the highest credit to himself and the Army Air Force.” 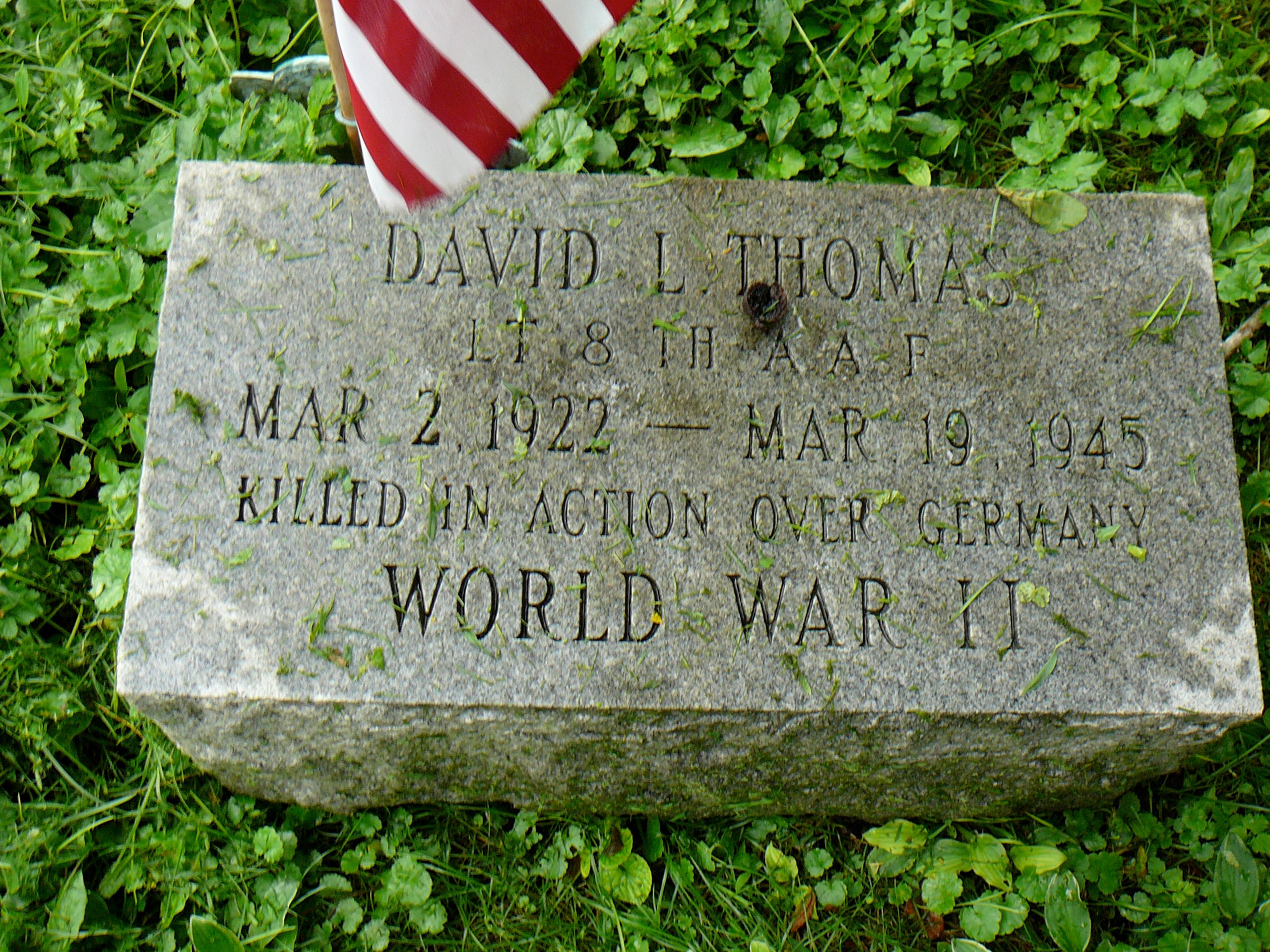