John J. Toth was born on December 19, 1913 to John and Elizabeth Toth who lived in Swedeland, Pennsylvania. His family moved to Coatesville when John was young. His father was a steel worker. John was one of seven children.

John attended Coatesville schools and  later obtained employment at the silk mill, and later at Lukens Steel as a grinder. The family attended St. Joseph’s Church in West Coatesville. His brother Frank remembers John gave him a quarter to go to the afternoon movie nearly every Saturday.

Both John and his brother Michael joined the Army on March 2, 1942. They were trained at Camp Wheeler, Georgia before being shipped overseas to the Hawaiian Islands.

John was assigned to Company F of the 35th Regiment, 25th “Tropic Lightning” Infantry Division, the same unit in which heroes Frank Pinter and Joseph Mraz served. The division then underwent intensive jungle warfare training in the Hawaiian Islands.John's division was then sent to Guadalcanal to reinforce the 1st Marine Division as part of the XIV Corps. The unit began combat on January 7th, 1943. John wrote his last later home during that time 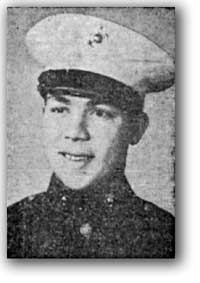 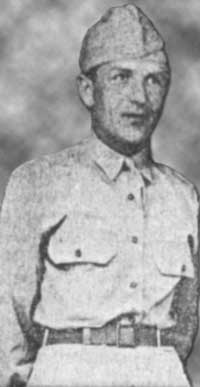 Private John J. Toth was killed in enemy action on January 11, 1943. He was buried in a military cemetery on Guadalcanal.  Michael wrote of the news to his sister, Mary, dated February 3rd. The family received the telegram from the Government that John was killed in action on February 24th. John was awarded the Purple Heart posthumously.
Colonel Robert McClure, the Commander of the 35th wrote a letter, which the family received in April. In it he says:


“Your son was killed in brave performance of duty against the enemy. I assure you that you can be proud in the knowledge that his actions were willing, loyal and courageous in making the noblest sacrifice a man can give – his life for his country. Only in a small way can this letter ease your sorrow. You can be certain, however, that your grief is shared by those of us who lived and worked and fought with your son as fellow soldiers. This pledge we make to you – we shall do our best to make certain that his sacrifice was not in vain.”

In the continually raging battles, they did not have the luxury creating a military cemetery, so fallen soldiers were buried in secure areas in hastily marked graves. John’s brother Michael found John's grave as well as that of hero Harvard Fox while serving on Guadalcanal in July 1943. John’s remains were returned for burial in his home country arriving by government hearse from Philadelphia on March 8, 1948. The funeral service was held at the Archie S. MacLean’s funeral home with Solemn High Requiem Mass at St. Joseph’s Church in Coatesville. Some 40 members of military organization participated, many standing guard during the services. Full military honors were rendered by the Sahler-Sedan Post VFW. Internment was at St. Cecilia’s cemetery.