Ellis Walter Morris was born to Willis and Emma Morris who lived in Kennett Square, Pennsylvania. He was one of three children.

Ellis joined the Merchant Marines in September, 1942. After training he served aboard the merchant ship West Portal as a Messman.

The West Portal was a small ocean going cargo ship of 5,376 tons with a crew of 77, and a Naval Armed Guard Detachment of 34 men. The Naval Armed Guard manned the guns placed on merchant ships. In early 1943, she sailed in convoy SC-118 consisting of 61 ships and 8 escorts, from New York to Halifax, Nova Scotia, then on to Reykjavik, Iceland. The ship was carrying a cargo of clothing, food, trucks, mail and 135 Army, Marine and Naval personal.

The convoy was attacked by 20 German U-boats (three of which were sunk) southwest of Iceland in early February. The U-413 torpedoed and sunk the West Portal with the loss of all 49 crew and 25 Armed Guards. There were no survivors.

Merchant Marine Messman Ellis Walter Morris was Killed In Action on February 5, 1944. His sister Mary Penn was the oldest surviving relative at the time of Ellis’s death. She received a telegram in March that her brother was Missing at Sea. He was later listed as Killed In Action. 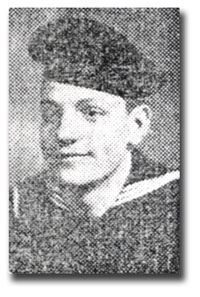