Robert Phares Eckman was born on February 22, 1922 to Phares and Mary Ann Eckman of Coatesville, Pennsylvania. Robert was the youngest of four children. He was known as quiet and reserved but friendly to all. He with his family were members of the Olivet United Methodist Church

Robert graduated from Scott High School in 1940 was the star of the swim team. Afterward, he obtained employment at Lukens Steel Company, working in the office.

Robert enlisted in the Navy on August 27, 1942. He was a very patriotic young man, and wanted to have an opportunity to serve his country in the great time of need. After boot camp Robert was sent to the Naval Air Technical Training Center in Millingtown, Tennessee, training as an Aviation Radio Operator. He was then sent for Gunnery training at the Naval Air Gunnery School at Hollywood Florida.

Robert then received Aviation Operation training at the Opaloca Air Station, in Fort Lauderdale, Florida. There he trained as the radio operator/gunner on a TBM Avenger Torpedo bomber. The Avenger was a rather large single engined carrier based bomber, with a crew of 3: Pilot, Gunner (Dorsal Turret behind the pilot), and Radio Operator. The Radio Operator also manned a gun in the bottom rear of the aircraft, he had to literally lay on his stomach facing rearward to fire the gun. An excellent example of this aircraft is found at the Mid Atlantic Aircraft Museum in Reading, PA.  (This is the same type of aircraft that former President Bush flew during World War II). This extensive training took nearly a year, after which he achieved the rating of Aviation Radio Man 2nd Class. 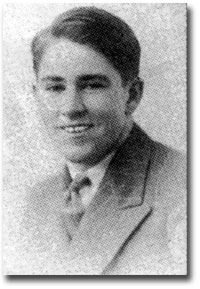 Robert was then sent to Quincy, Massachusetts to join the Essex Class aircraft carrier USS Wasp CV-18 then under construction. The earlier Wasp CV-7 was sunk in September 1942. The new carrier was originally to be named Oriskany, but the name was changed to honor the earlier Wasp. Robert was a "Plank Owner", a member of the ship's crew at the time it was commissioned. The Wasp was launched in August, 1943 and commissioned in November. After training in the Atlantic, the ship transited the Panama Canal, arriving at Pearl Harbor, in April, 1944. The carrier conducted further training and then joined the fleet of fast attack carriers alternatively designated Task Force 58 (commanded by Admiral Raymond Spruance) and Task Force 38 (commanded by Admiral Bull Halsey). The Wasp's Task Force conducted intense operations across the Central Pacific. attacking a number of Japanese strongholds as well as providing air cover for our forces. It was during one of these strikes that Robert was injured. In a note to his parents he said that he was wounded when his plane was attacked and hit by shells. He stayed in the sick bay for two weeks. Robert was awarded his first Purple Heart. In June the Wasp provided air support for the invasion of the Marinas Islands of Saipan and Tinian. During this operation the Japanese reacted, sending their fleet of carriers with massive air strikes to foil the invasion. This resulted in the Battle of the Philippine Sea on June 19th 1944. This battle also became known as the "Great Marinas Turkey Shoot" because the Japanese lost 2 carriers and 346 aircraft while the US lost only 30 aircraft. During this battle many, of our aircraft were returning at night near empty of fuel. The Carrier Group Commander, Admiral Mitscher ordered all ships to turn on their lights to guide the aircraft home - an unprecedented practice during war. Still half of the aircraft landed on the wrong carriers, nearly 80 aircraft ran out of fuel and were ditched in the sea. The Wasp then supported the landings in the Palau Islands in September and then staged a number of raids softening the Japanese Defenses of the Philippines. The Task Force supported the landings on Leyte Island in the Philippines in early October, and then proceeded to attack the Japanese defenses on Formosa (Taiwan). On one of the strikes against Formosa, Robert’s aircraft was shot down in flames. Radioman 2nd Class Robert P. Eckman died in service to his country on October 13, 1944.  Robert's family was notified by telegram that Robert was Missing In Action on October 24th.  Because none of the crewman’s bodies were found, his status remained MIA for a number of months, and was eventually changed to Killed In Action.  The family installed a marker at their family plot at the Silver Brook Cemetery in Wilmington, Delaware. Robert is remembered on the Tablets of the Missing at the Manila American Cemetery. Robert was posthmuously awarded a second Purple Heart that was presented to his family Robert's name can be seen listed among the other airmen who served and died aboard USS Wasp on the Flight Crew Memorial Page of the USS Wasp website. Robert’s brother, Chester worked at a shipyard in Wilmington during World War II. His job was considered crucial to the war effort, and he was not allowed to enlist for some time. When released, he joined the Navy and served in the Sea-Bees (Navy Construction Battalions) in New Guinea, and Leyte Island in the Philippines.