Kermit Leonard Stott was born on June 1,1927 to Harry and Mabel Stott of Sinking Spring, Pennsylvania. His mother passed away early in his life, and his father moved the family to Spring City. Kermit was the youngest of five brothers. His sister Betty went to live with her maternal aunt. Kermit attended Spring City High School. The five Stott brothers were observed by neighbors as handsome young men who were always neat and nicely dressed. Kermit's classmates describe him as reserved and quiet, a perfect gentlemen with a dry sense of humor that always got a laugh. Kermit's brother John had a HAM radio in the attic. The five brothers would spend hours together sending and receiving messages. 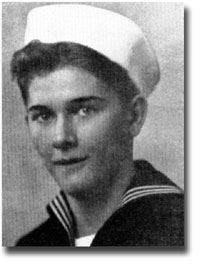 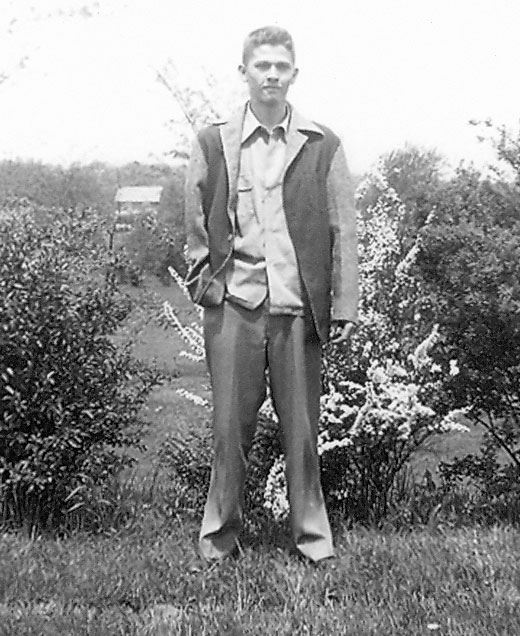 Kermit left high school early to enlist in the Navy to defend his country. The photo on the left was taken on his last day of school before leaving to enlist in the Navy. Since he lived behind the high school, Kermit would often go home for lunch.  Afterward, he would walk around the school grounds with his girlfriend, Charlotte, and another friend, Phyllis until it was time to return to class.

After basic training, he was assigned to serve on the LCS(L) 7,  (Landing Craft Support Large). The LCS(L) was a 158 foot, 357 ton craft with a crew of 70, whose purpose was to provide close-in fire support for landing operations and destroy inter-island barge traffic.

Kermit and his friend Phyllis kept in touch during his time in the service. On Christmas Day, 1944, he wrote, "Today is Christmas, although you'd hardly know it out here. The only thing different is a fine meal and day of rest...everybody is having a difficult time with the extreme heat and constant rain...I prefer the cold of Pennsylvania over these conditions.".  Phyllis wrote back in January, but the letter was returned to sender as "unclaimed" mail. Not long afterward, the article below was published in the Boro Press newspaper.
The LCS(L) 7 was involved in support of the liberation of the Philippines.  In February, his ship was involved with support of troops landing on Bataan and Corregidor.  Seaman First Class Kermit Leonard Stott was Killed In Action on February 16, 1945, when Japanese Shinyo suicide boats attacked the landing forces, and sunk LCS(L) 7, along with LCS(L)s 26, and 49. Read the Newspaper Article: Sailor Missing in Action  The ship's Executive Officer (second in command) and Gunnery Officer sent the following letter to his father:

My Dear Mr. Stott: It is with great sorrow that we, as senior surviving officers of the U. S. S. LCS(L)7, write to you concerning your son, Kermit Leonard Stott, who following the sinking of our ship on February 16, 1945, was listed as missing in action. We only wish more encouragement could be offered, but in view of the time that has elapsed with no report of Kermit, we must tell you that there is but slight hope of his survival.
The LCS(L) 7 was engaged in operations around Bataan and Corregidor. We were hit about 3 o’clock in the morning. A thorough search of the entire area was made by rescue parties, but we regret that your son was not among the survivors. The sacrifice of our ship saved many larger ships that were unloading cargo in the Bay.
Kermit was a member of the deck division in which capacity he helped to keep the ship and her gear in trim. He was an excellent helmsman and could always be trusted to keep the ship on its course no matter how rough the seas were. His battle station was on the aft 40 mm gun where he carried out his duties with coolness and courage.
We realize that no words we can say will lighten the burden which is yours at this time. We do hope the knowledge of your son’s splendid service and devotion to duty will give you some comfort and courage.  You undoubtedly know it is difficult for us to bring you this sad news.
Kermit always showed himself to be a fine man and a good shipmate. He was held in the highest esteem by both the officers and men of the ship and was known as a man who could be relied upon in the performance of his duty. He has always been a credit to his home and country, and you may justly feel very proud.
We of the LCS(L)7 extend our heartfelt sympathy.          Signed:           R. H. Quigley, Ensign, USNR, Executive Officer, and H. Kirbel, Ensign, USNR, Gunnery Officer.

Kermit was awarded the Purple Heart and is remembered on the Tablets of the Missing in Action at the Manila American Cemetery at Fort Bonifacio, Manila, in the Philippines.
Three of his brothers: John, Harry, and Calvin served in the war. Kermit was one of 17 members of the Class of 1945, (7 in the Naval Services), who left school early to defend their country. He was the only one to die during the war. 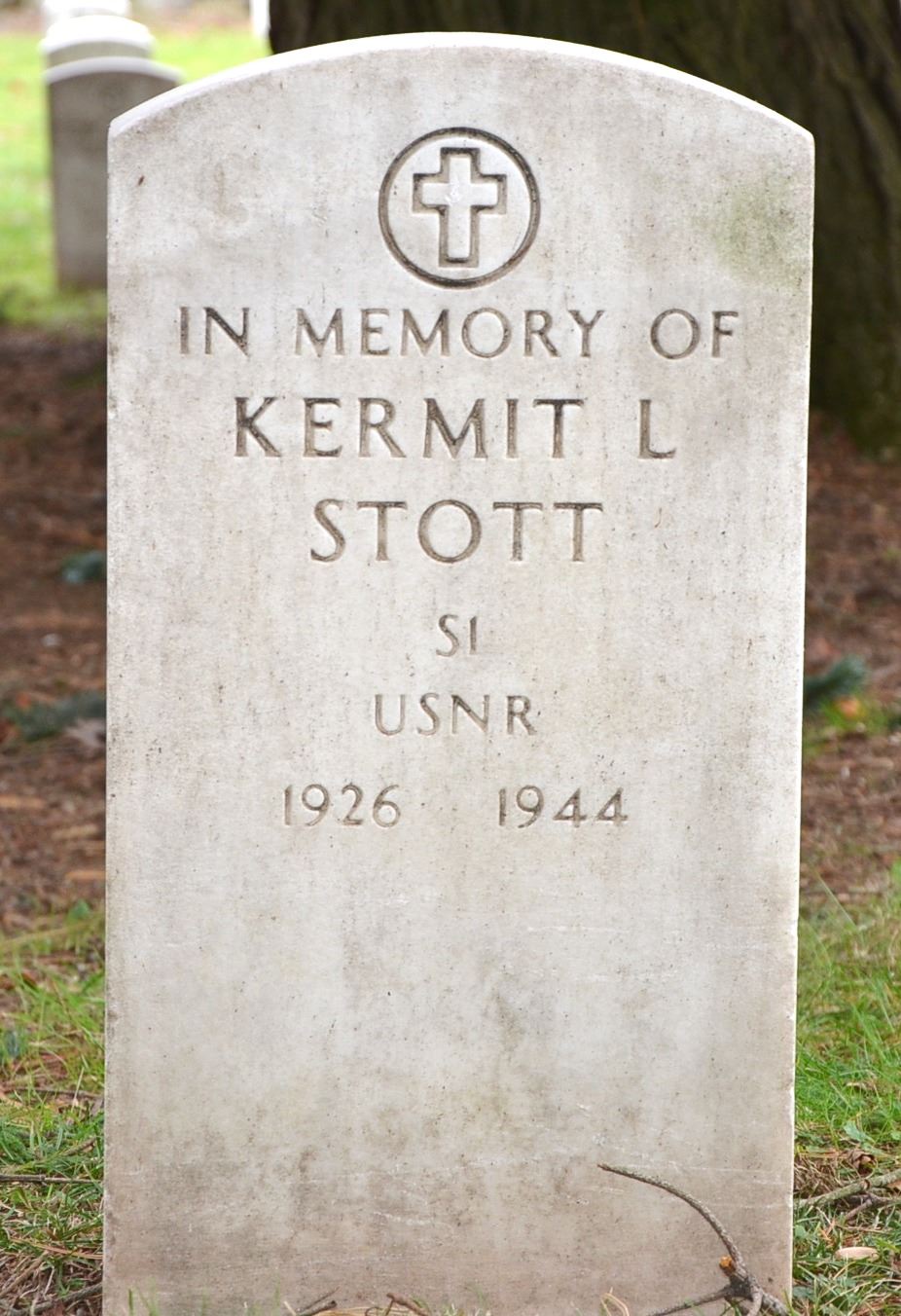